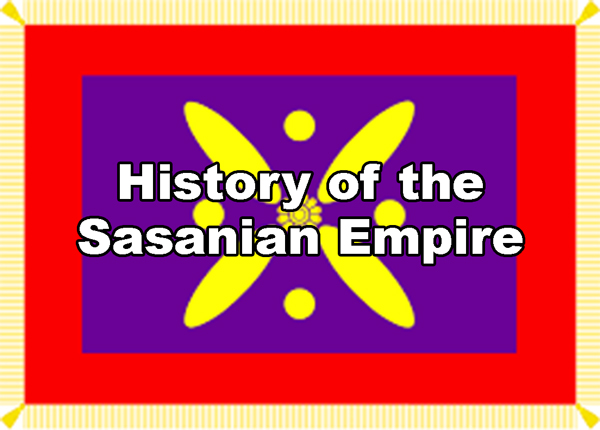 Episode 1.1 – Why study the Sasanians?

In this episode I will provide a short background of the Sasanians and answer two questions: 1) Why should we study the Sasanians? and 2) Why haven’t scholars studied the Sasanians to the same extent as other ancient civilizations have been studied?

Here’s a list of person/place/thing names of relevance to this episode:

– Achaemenid Empire: The first major empire in West Asia, founded by Cyrus the Great in the 6th century BCE.

– Artaxerxes: The 5th Achaemenid emperor, son of Xerxes. The name Artaxerxes is the Old Persian form of the Middle Persian Ardashir.

– Cambyses: The 2nd Achaemenid emperor, son of Cyrus the Great.

– Cyrus the Great: The founder of the Achaemenid Dynasty, the man credited with putting forth the concept of Iran as a distinct political entity.

– Darius the Great, the 3rd Achaemenid emperor. Darius was not in the family of Cyrus and took power in a military coup. During his reign Iranshahr reached the greatest territorial extent in its history.

– Ernst Herzfeld: German archeologist who at the start of the 20th Century began the systematic study of the Iranian ruins.

– Hakim Abolqasem Ferdowsi Toosi, or Ferdowsi for short: a poet in 11th Century CE who penned the Shahnameh, or the Book of Kings, a fantastic history of Iran in verse.

– Levant: the area between Mesopotamia and Mediterranean.

– Mesopotamia: Region between the Tigris and Euphrates Rivers, in modern day Iraq.

– Naqali: Art of storytelling based on Ferdowsi’s Shahnameh.

– Oxus river: It flows from the Hindu Kush Mountains north through Turkmenistan to empty into the Aral Sea. It traditionally marks the northeastern border of Iranshahr throughout the ages.

– Parthians: A group of people who lived in the Khurrasan region.

– Pasargadae: Eastern capital of the Achaemenid Dynasty, near the modern city of Shiraz.

– Qarb zadegy: “Smitten by the West,” a cultural phenomenon described in the 1950s where Iranians believed the supremacy of the West.

– Qeshm Island: The largest island in the Persian Gulf and Gulf of Oman. It sits on top of the Strait of Hormuz.

– Safavids: The dynasty that ruled Iran between 1502-1736. They ushered in modern Iran.

– Shahpur: Literally “Son of the King,” name of Ardashir’s brother and son.

– Strait of Hormuz: The narrowest passage between the Persian Gulf and Gulf of Oman.

– Transoxiana: The steppes to the west of the Oxus River. A lot of troublesome people came at the Iranians from this region throughout the ages.

– Xerxes: The 4th Achaemenid emperor, son of Darius the Great and Atossa, daughter of Cyrus the Great.

– Zoroastrian: The predominant religion of Iranshahr, found by the prophet Zoroaster (Zarathushra/Zardosht). 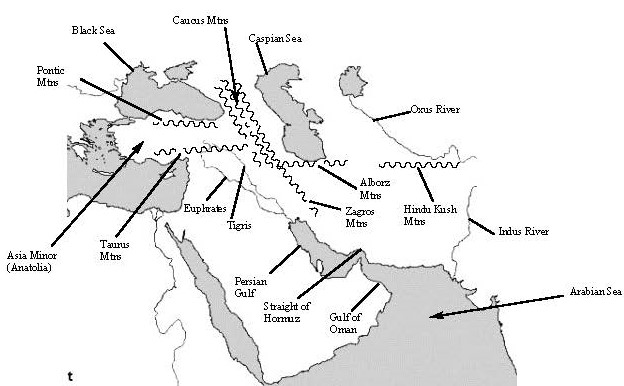 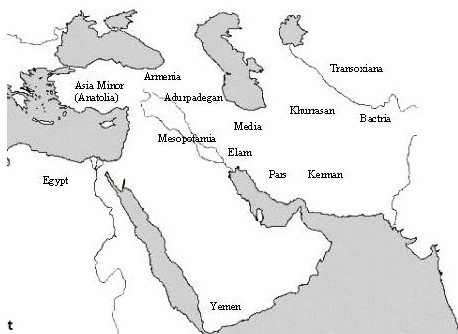 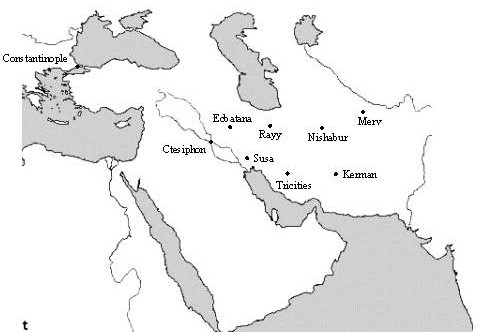